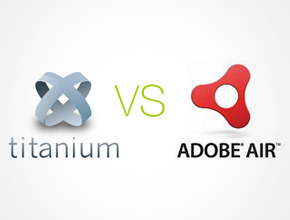 Mobile App Write Once,Deploy Anywhere: Not Quite There Yet

aka: Adobe AIR 2.7 VS Titanium Appcelerator

Recently there’s been a lot of discussion in the mobile development world about Code once-Run anywhere tools like Adobe AIR or Titanium Appcelerator. At customedialabs we’re very interested in mobile app development so we didn’t think twice about putting those tools to the test, to evaluate if we could use them for future projects.

To understand the value of these tools, let me briefly describe the two options for someone who needs to develop an App for more than one platform (e.g. both iOSes and Androids).

1. Use the native development platforms supported by the device vendor.
Pros: You can use all the available device features to the full extent, and get the best possible performance.
Cons: You have to develop in Java for Androids, Objective C for iOSes, Silverlight for Windows Phones and so on. If we consider the different APIs, different hardware capabilities or different screen resolutions in all supported devices that need to be taken into account, we are facing a very challenging task.

2. Develop the application using HTML5/CSS3 and deploy it on the device’s mobile browser as a web app. PhoneGap is a platform that is becoming popular and is mainly using this approach.
Pros: This approach achieves a single codebase since the majority of smartphones support HTML5, although every platform has its own quirks.
Cons: The application runs on the browser’s sandbox, which makes it impossible to access some of the device’s built-in features like accelerometers/cameras etc.

What Titanium and Adobe AIR are trying to achieve is abstracting all the parametrization necessary for every targeted device, and presenting the user with a single IDE that can produce native applications that have consistent look and functionality on all platforms.

Let’s take a closer look at each one of them:

Titanium Studio uses a Javascript API that gets translated to its native compiled equivalent when deployed as an application. It currently supports iOS, Android and Blackberry platforms; the last is in the beta testing phase. With Titanium, developers get native performance, access to all the device’s capabilities (those that are supported by the API) and a single JS codebase to maintain. How good can that be?

However there are some serious drawbacks that need to be considered.

Our opinion after briefly testing Appcelerator, is that it currently offers very fast as well as trouble-free deployment for simple applications only. If you would like to implement a functionality that’s not common or covered on Titanium’s sample code, you are better off trying some of the other alternatives mentioned here. 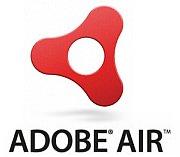 When Adobe released their latest AIR SDK, with the ability to package AS3/Flex applications for iOSes and Androids, we were very excited to try it out. Adobe’s solution allows developers to use their existing Flash/AS3/Flex skills to create mobile applications. For iOS, the final app actually contains the AIR runtime as well as the actual app, so expect to see a 4 MB app for the simplest AS implementation, and a 7 MB app for a bare-bones Flex application. This isn’t the case for Androids, since the AIR runtime is available from download from Android Market and is required in order for your application to run. This means that the size of the actual application will be very small, but your users will need to download and install a 17MB AIR installer.

Let’s take a closer look at some of our observations:

Overall our experience with AIR 2.7 was pleasant although we did have some stability issues trying to iOS-package some fancy Flex components like graph charts. The performance for common form and UI components is decent and more importantly Flash Builder 4.5, which was our AIR IDE of choice for this test, is actually the first platform that allows iOS app development on Windows Operating Systems, without using virtual machines or other trickery. (Let us know in the comments if that’s not the case!)

Conclusion
Although Write once-Deploy anywhere seems to be the Holy Grail for mobile app developers, we sure ain’t there yet, but we’re getting close.

In the end, it all boils down to the actual project requirements. If you need performance, you can forget about everything and go Native. If a plain UI application is what you’re after, it seems the latest AIR SDK can be of help. If the Titanium API can cover your requirements, and you’re willing to sacrifice extending it in any way, then Appcelerator sure is the fastest way there.

What is your preferred strategy regarding multi-platform mobile Apps? Let us know in the comments.