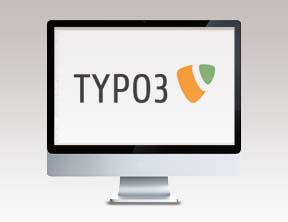 When creating websites for our clients, many times we’re asked about the work involved in maintaining and updating the site. Here at customedialabs, we’ve built a lot of websites based on some of the hundreds of Contact Management Systems (CMS) out there. We are always following their progress to ensure they continue to meet the needs of each client.

Most of our websites have been built on one of those CMSs, which is TYPO3. TYPO3 is an Open Source CMS that has a very large community and has evolved a lot over the past 7 years that I’ve been working with it. Back then, I remember working on its 3.5 version. Now, when I compare it with the latest 4.7 version that was released recently, I can see the huge differences between the two.

In the past, TYPO3 had a longer learning curve than its newest versions, but i feel very happy for sticking with it, considering its evolution over the last few years. As an open source CMS, there were a lot of missing features, and several things that had not been implemented correctly, but it also had several advantages like workspaces, advanced caching and well-structured content that made it stand apart from the competition.

The great thing about an open source CMS is that you are able to make your own code changes and customize them according to your and your clients’ needs. One of the basic things that we didn’t like in the previous versions of TYPO3, from 3.5 to 4.0, was the backend user Interface, which was cluttered, complex and completely at odds with the clean, simplistic web designs from our creative team.

In order to make it easier for our clients to update their content, customedialabs worked on creating a new skin for TYPO3, and we developed that as a TYPO3 extension. The outcome was very good and we packed that skin on all our installations. I remember a client asking me “Where did you find this skin? We saw the default skin of TYPO3 and we didn’t like it.” The answer was that the customedialabs TYPO3 Distribution has several improvements over the default TYPO3—and not only its skin.

So, for a few years, we were using that skin until the TYPO3 community spent lots of hours on improving the backend ser Interface. The outcome was very good. With all the improvements, TYPO3 stepped up a level. As we grow and our needs change, we need to be able to adjust to them. This is exactly what we like about TYPO3. It’s able to integrate all the things we need – as we need them.

Another good example of that is that when we developed a very large website for my favorite client so far, Museum of Science and Industry (MSI) in Chicago. We had the need for a lot of developers to work concurrently, which made us explore all possible solutions.  Ultimately, we came up with the need to work on a Model-View-Controller (MVC) framework that produces well-structured code, is easily maintained and updated, and allows a lot of people to work on the same code concurrently—with the proper use of a source control system, of course!

The problem was that TYPO3 didn’t have a complete MVC framework integrated within it;  only 2 extensions (lib/div) allowed an MVC architecture to be developed. This required a lot of coding on our side in order to produce the desired outcome, but we are very happy that we finally achieved that. The MSI showcase was also part of our presentation with my colleague Christine at the USA TYPO3 Conference in Dallas in 2010.

So, as TYPO3 is always integrating lots of new improvements in it, its community decided to develop a complete MVC Framework named FLOW3 that has been integrated within TYPO3 on its latest versions with the Ext base extension. This is a major improvement in TYPO3, allowing it to stand out even further from the competition, and naming itself justifiably an Enterprise Level Open Source CMS. Writing code now for several developers on our team is much easier for them than it was when they were developing with the non-MVC way— the pibase way for those who know.

THE FUTURE OF TYPO3

These are a few big examples of how TYPO3 has evolved during the last few years, and why all of us at customedialabs are building most of our websites with it. TYPO3 has already announced several new features that will be integrated in the future, a very important one being the ability to store and manage assets in the cloud.

Stay tuned and we will reveal more of our TYPO3 expertise in the future!

TYPO3, (our all-time favorite) open source content management system is changing the game for nonprofits. With a strong …

The Irony of Big Data

In today’s digital marketing environment, big data is big business. Spend any time in the marketing blogosphere or … 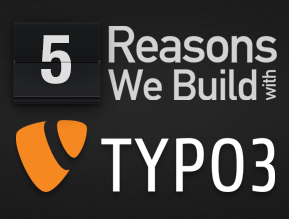 5 Reasons We Build with TYPO3

There are a lot of options for a Content Management System so, as Head of Back-End Development, I …